“There’s a horse in your house and it won’t leave!”

“Alice! This is not a good ti… Wait, what?” Phoebe sits in the cubicle of the ladies’ room.

“There’s a horse in your house,” Alice repeats, loud and clear.

“I’m not, and it won’t go away.” She checks again. The horse is still standing there.

“Where did the horse even come from?” Phoebe asks in an attempt to remain calm and composed. Of the two of them, she’s the one who can do that.

“I don’t know, Phoebe! Please help me. It’s just standing there doing nothing and I don’t know what to do.” She anxiously eyes the animal. It seems completely unaware of her presence and to be rather enjoying itself.

“Well, try harder then! Listen, David’s waiting for me to return from the bathroom, so I have to go.” Phoebe gets up again and opens the door, then stops when Alice interrupts her.

Phoebe sighs. “Have you tried luring it away?”

“It’s still there,” Alice groans a few minutes later when she phones Phoebe again. She has retreated into the kitchen, where she can hide herself yet see the horse.

“What do you mean, it’s still there?” The other women in the ladies’ room throw Phoebe curious looks, just like David had done when she announced a bathroom visit for the second time within ten minutes.

“I tried luring it away with carrots. I know horses love carrots. So did this one. Ate them all.”

“Whatever. Just make it go away and don’t interrupt me again. I really like this guy, Alice!” Her agitation is clearly audible as Phoebe hangs up on Alice for the second, but not the last time. Only five minutes later, Phoebe finds herself in the ladies’ room. Again.

“What?” Phoebe almost screams into her phone after having left her date behind, confused about her apparently premature incontinency—or her late potty training.

As composedly as possible, Phoebe returns to the table. She apologetically bats her eyelashes at David, who looks relieved and still eager to see her. She sits down, tells him that she has to go—again. Why, he asks.

“Well, there’s a horse in my house and it won’t leave.” 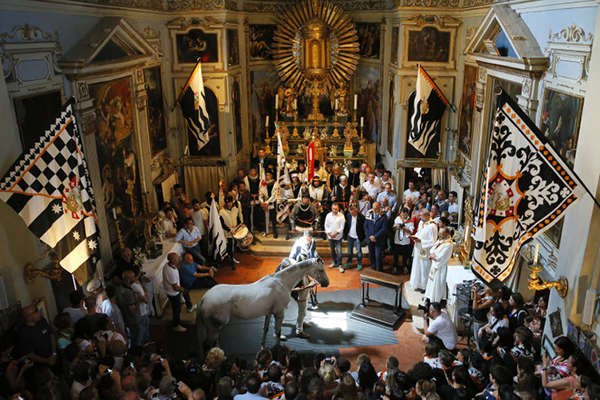