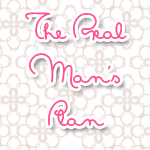 “So, about next weekend… What should I do if she says no?” Alec repositions his leg as he crouches a bit deeper behind the bushes. The nettle fibre plants keep rubbing his legs, as if ants are walking up them.

“Dunno,” Ben answers indifferently. Or at least he hopes he sounds indifferent; he doesn’t want Alec to discover his real thoughts.

“But don’t you…” Alec starts again.

“Shut up now, will you?” It was Alec’s fucking idea, and she’ll say no for sure if it doesn’t work out. Ben’s mind wanders off to her and her gorgeous apple cheeks as he’s talking to Alec, who suddenly screams at Ben that he shouldn’t be so loud, or he’ll ruin. Ruin it? As if that would be my fault, Ben thinks.

“She’s looking!” They drop even lower to the ground.

“Can’t you do anything right, you dipshit?” Alec snaps at Ben.

“This is your great thinking mate, don’t blame it on me,” Ben tries to sound confident, but he knows it’s useless. Alec, as usual, tries to be the man, and thinks he is the brain of the two anyway.

“Don’t mess it up, then. God, these shrubs are no better than you. We have to move,” Alec decides, as he rises a bit and tries to crawl to the next set of bushes. Ben grabs his sleeve and pulls him back.

“Are you out of your mind?” he hisses at Alec. “She’ll see us right away.”

“Chicken now, are you?” God. Not only is Alec a massive idiot, he also suffers from a testosterone invasion. Maybe it is affecting his brain. Maybe that’s why he never thinks before he acts. Why, Ben wonders, do I even stop him? What if I just let him ruin it for himself? Then Ben remembers why he has to stop his friend, who is looking quite sheepish as he tries to figure out why staying put is the right move at this point.

“Remember that time when you wanted to steal her knickers?” Alec looks even more confused as Ben reminds him of what happened. Alec had just discovered his penis, specifically what he could do with it. Like the man he had become then, he told the P.E. teacher that he was feeling sick. Alec never went to the nurse’s office. Instead, he walked into the girls’ changing room, without even looking if anyone was around. Oh, the disappointment when he found that the girls put their stuff in lockers – just like the boys. And the surprise when fifteen-year-old Alec was caught in the act by several senior girls. They scared him, but he will never admit that, because he’s a man now.

“No, they were not. They thought you were a little wanker.”

“So what? I’m a man now. Real men wank, Ben.” Doesn’t Alec understand anything about girls? Ben knows that they will never like Alec if he steals their underpants, but arguing about this is useless.

“I wank whenever I want, and with whatever turns me on, and…”

“I don’t want to know this, and neither does she.” Alec looks at him, puzzled. Could Ben be right, he wonders for a split second. Ben interrupts his thoughts: “It’s your fault that I will never find a girl if I don’t move to another country.”

“Because you have all these stupid wanker ideas.”

“I’m a bloke. I should have wanker ideas.” Ben elbows him in the chest and shushes him. They both stare at her differently. Where Ben tries to conceal his affection, Alec merely whispers: “God, I want her.”

“You’re a dirty bastard, you know that? She’s a proper lady, she deserves better. She needs to be kissed, and loved, and treated like a princess…”

“Really, you’re no use at all. Leave it to the real men, will you? Bugger off.”

Alec will teach that twat a lesson! Suddenly, he gets pushed backwards, and Alec is startled as Ben rushes past. No! This can’t be happening to the man, what a disaster! He gets up and runs towards her. He is right behind Ben, and has no notion of his surroundings anymore, but he does notice his hurting face, and the little stream of blood. The world is sideways; Alec is just lying there, and she looks at him. At least he got her attention. He sees Ben’s face too, but everything goes black as the blood drips on the ground. Apparently, the man has a weak stomach for blood, and can be sure she won’t say yes when he wakes up.