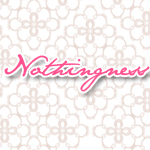 With her eyes, she scanned the room yet saw nothing. Nerve-wracking. She tried to get up, but it seemed her legs couldn’t move. Fuck, had they given up as well? Slowly, she slid her hands underneath the textile. The fabric was a bit harsh and somewhat cold, except for the places that her body touched. It was as if she was in a cocoon; her arms were pressed tightly against her torso, and every stir cost effort. She kept trying though, and with success; her hands were only held by tightly tucked-in sheets. But why was she tucked in so tightly? She started to pull, pull, pull until the sheets were loose. Her hands gripped the sides of the surface she was lying on, confusing her. Her fingers got stuck between the sides and something cold, hard, and smooth. The towel-like material she ran her hands over didn’t clarify anything. Is this a bed or, albeit unlikely, a massage table? She wondered. She finally reached her legs, and moved her feet with her hand. A sigh of relief; then she carefully rose, swaying slightly. Disorientation. Was she drunk? She figured she could be; after all, she had no clue what had happened before she woke up, and felt extremely drowsy still. She only had some vague memories of herself screaming. When she found her balance again, she stretched her arms and used her hands to examine her environment. She expected to stumble upon things, but it was just nothingness that she discovered. She ran her fingers along the walls – clean, and smooth as marble. She touched everything, but nothing could tell her where she was. There was only one window, which she didn’t discover with her hands. She just stood there, absorbing the warmth coming from the sun. That didn’t mean it stopped her from feeling cold, from feeling like an icicle. She had no idea about the size of the room, and let out a shriek as she hit her toe on something. Ouch! For chrissake! Quickly, she kneeled and tried to identify the object, running her fingers along its edges. It consisted of three square, smooth poles with delicate ridges, which confused her. A flat, round surface covered with a velvet cushion made her feel puzzled. A chair? A footstool? She bumped into something with her elbow, and heard something shattering on the floor. She bent over to feel what it was, immediately noticing several different shapes, some sharp and pointy. Her hands became wet – was it water? Was it blood? – as she tried to recognise what she had accidentally toppled over. Suddenly, she heard footsteps. At least she hadn’t become deaf, too. The turning of a doorknob made her panic.

“Lucy, calm down,” she heard. The voice might have been soothing if she weren’t so frightened. The voice kept talking to her, and something cold touched her arm. She screamed hysterically. She felt a firm grip on her hand, and Lucy tried to resist, but her limbs were still somewhat numb. Now she could only use one hand to identify her whereabouts, which made her even more delirious. As she was dragged to her feet, a cold draft made the hairs on her arms stand up, and she was sure they were leaving the room. She heard various noises: people were talking and moving, there was clattering and clinking, and her own nervous breathing. The infiltrating smells made her tummy unwillingly churn at the deliciousness of them. Freshly baked bread, lovely aromas of tomato, basil and garlic made her mouth water. Am I in some kind of kitchen? Lucy wondered. Would it be dinnertime? She almost didn’t want to leave these wonderful smells, but the voice led her away.

Unexpectedly, the ground seemed to move beneath her feet, as if gravity was changing. Lucy let out a cry, and struggled to keep her balance. “Watch your step,” the voice calmly said as she guided Lucy. All this unknowingness agitated her. A “plung!” told her she was in an elevator. The solid floor changed in something more pliable, reminding her of the carpet in her bedroom at home. A door creaked and the sunlight greeted her again.

“What are we going to do?” It was the first time Lucy had spoken since she arrived here. Apart from her screams, then.

“Just sit and enjoy yourself,” the voice said. “You’re free now, I’ll be back in a while.” The footsteps faded, and Lucy started exploring immediately, feeling everything. Some flexible thin stems tickled the palms of her hands, and she also found a little something delicate something, softly brushing the tips of her fingers, with a flowery smell. Birds were chirping excitedly; such a familiar sound. She silently repeated the voice: you’re free now. But Lucy felt everything but that. She felt trapped in her own, new world – her world of darkness, loneliness and crappiness.